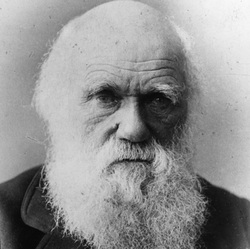 Charles Darwin (12 February 1809 – 19 April 1882)  was a geologist, best known for his contributions to the evolution theory.  Charles sailed on a 5 year voyage around the globe on the "HMS Beagle". On his trip, one area stood out more than the others. The Galapagos islands helped him put all of the puzzle pieces together. While going around the Islands,  he noticed that there was a wide variety of finches, 13 to be specific, all different from those on the mainland. After noticing the different colors and beaks he realized that the finches from the different islands adapted to the different elements on the islands and that was why they had such a wide variety around the islands.
Although his voyage ended in 1836, Charles didn't publish his theory until 1859. His theory was called "The Origin of the Species". Charles had 2 main ideas, evolution: decent with modification, and the mechanism of evolution: natural selection. At first Charles was ridiculed by many people, but quickly the scientific community was convinced by his evidence. 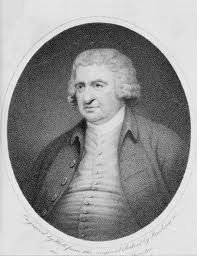 Erasmus Darwin  (12 December 1731 – 18 April 1802) was primarily an English physician. Erasmus wrote many poems, a number of which were around the topic of evolution. Erasmus Darwin was Charles Darwin's grandfather. Many of his beliefs were passed down to his grandson.  Although he did not come up with natural selection, he did discuss ideas that his grandson elaborated on sixty years later, such as how life evolved from a single common ancestor, forming "one living filament". Erasmus believed that  organisms evolved over time but he did not know how. 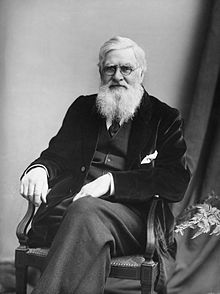 Alfred Russel Wallace (1823 - 1913) co-developed evolution with Charles Darwin.  Alfred sailed to South America and formulated the same idea as Darwin. Unfortunately his boat sank on the way back from his voyage and all of his evidence was lost in the wreck.  Darwin managed to take all of the credit for the evolution theory and Alfred got little to no credit. 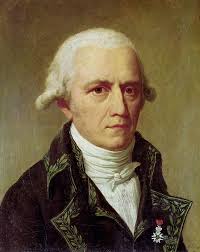 Jean Baptiste Lamarck was a French naturalist and a  early proponent of the idea that evolution occurred and proceeded in accordance with natural laws. Jean proposed the inheritance of acquired characteristics, which means that characteristics of organisms change over the time that they are alive. He was also the first person to propose a "mechanism for evolution." He proposed that a animal passed down its characteristics that it gained over its lifetime to its offspring. Although proven technically incorrect, he really challenged peoples thinking. Jean also discovered "jumping genes." 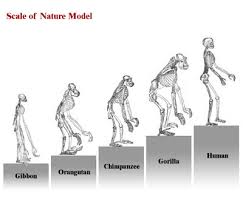 As read previously, Charles Darwin had major contributions to the theory of evolution.  Decent with modification through natural selection was one of Darwin's biggest finds. In nature, more offspring are produced than can siurvive. As a result in the large amount of offsprin, there will be a "struggle to survive". In every population there are variations in all traits, offspring with variations can make them better adapted to their environment. (survival of the fittest) Offspring who survive will mate with others who possess the best trait and this trait will be passed on to future generations to fo with the same process. The only problem with Charles Darwin's theory was that he couldnt show a single example of evolution occuring today so there was no solid proof. 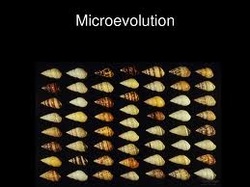 Micro-Evolution is the change within 1 single species. There are 5 mechanisms of micro-evolution: Natural selection, Mutations, Genetic Drift, Gene Flow, and Non-random Mating.
Natural selection is when the best suited for the environment survive and pass on their genes to the next generation.
Mutations is the change in DNA of an organism, this can change the gene pool and can be passed onto future generations. Mutations can be good, bad, or have no effect on the organism.
Genetic Drift is caused from random events that change the gene pool.
Gene Flow is the transfer of genes from one generation to the next which can introduce new variations into a population.
Non-Random mating is made of 3  types:
Harems- one male has many females.
Assortive mating- Choosing those like you.
Sexual selection- Based on a selection criteria (color, display, territory, song, size, ect.)
Organisms are constantly changing over time, as our environment changes so must we to survive. A good example is the pocket mouse that has chenged color  through a mutation. The mouse passed on its genes, changing the gene pool, and now more pocket mice living on lava rock have brown fur to fit into their environment  compared to the mice with light fur that were easily spotted by predators. This really is a fantastic example of survival of the fittest! 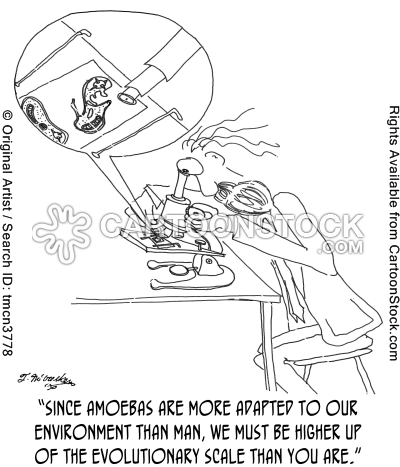 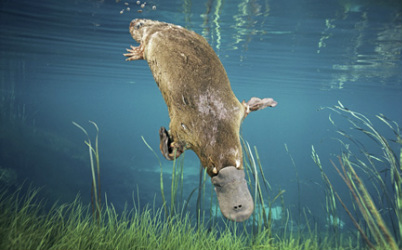 Macro-Evolution, also known as "Speciation" is the making of a new species. The species must be able to breed and produce viable, fertile offspring.  The two types of Macro-Evolution are: Divergent Evolution, and Convergent Evolution.
Divergent Evolution occurs when small fragments of a population inhabits new areas and becomes isolated. In isolation, they adapt/evolve into their new habitats and change from some of the characteristics that the origional population had.  The population has a common ancestor so the DNA is still similar.
Convergent Evolution occurs when two unrelated species begin to inhabit the same environment and adapt/evolve in the same sort of ways and display similar characteristics. They don't have a common ancestor so the DNA is not related. A good example of convergent evolution are the duck and platypus bills. 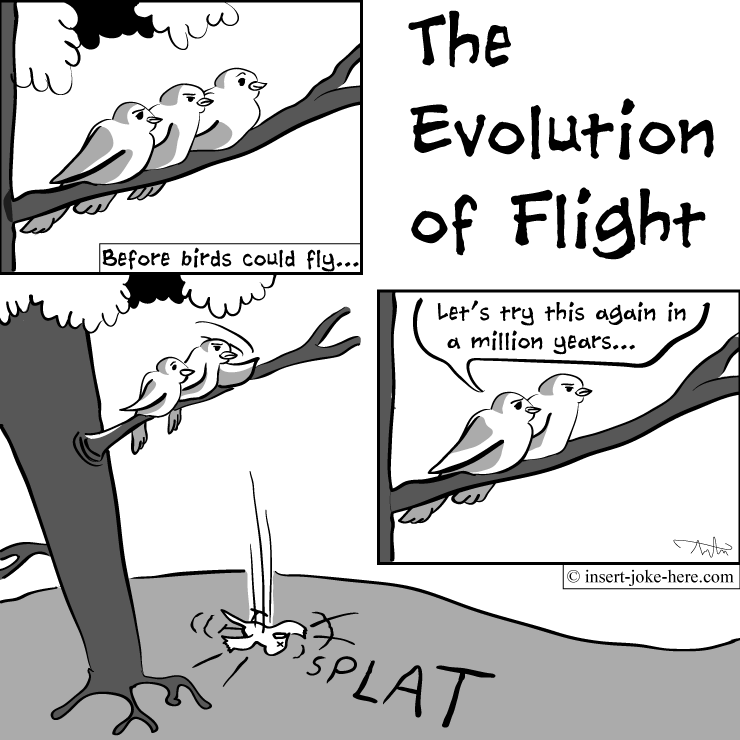 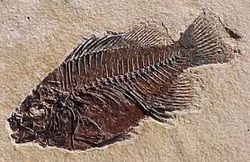 Fossil evidence- Scientists compare similar structures in fossils to species alive today.
Comparative Anatomy- Comparing organs and bones to those alive today. There are 2 kinds; homologous structures and analogous structures. Analogous structures are NOT good evidence!
Comparative Embryology- A growing embryo expresses the most basic and primitive genes first so we can compare embryos and see similarities or differences.
Molecular Evidence- This method examines the gene itself, or its protein. This is a new method that is lab intensive, but it provides some of the most convincing evidence for evolving relationships.
https://www.youtube.com/watch?v=r5Y_ILQB-Kg 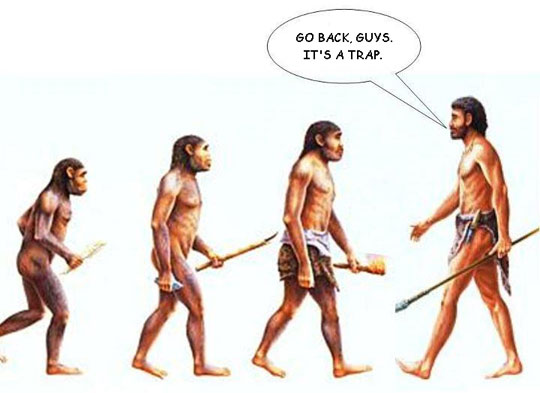